Thanksgiving is approaching, and many people are preparing for the common centerpiece: the turkey. Most people eat the light and the dark meat, but what about the tail? The tail of the turkey is actually a gland that gives oil to the tail feathers. Normally in the United States, it is uncommon to purchase a turkey that has the tail still attached. In the Pacific islands, it is not that weird.

With not many companies manufacturing the turkeys and leaving the tails, it brings to question why they do that. There is no definite answer as to why, but it was an economic decision to do so. Local turkey farms tend to leave the tail attached, again for unknown reasons. Mrs. Polly Cunningham, AP Environmental Science teacher, says that one year, she got her turkey from Goose the Market in Indianapolis, and it still had its tail on it. Since it is not something Americans normally eat or cook, she decided not to try it.

“I’m not that adventurous,” she said.

Being adventurous with an unknown or not-commonly-eaten food is not that abnormal in this culture.

In the Samoan islands, it is very custom to eat the tail along with the normal meat of the bird. The islanders find it to be very tasty and enjoy eating it. 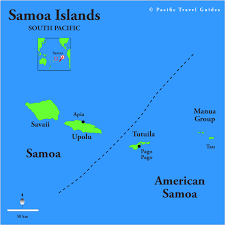 Due to it being filled with lots of oil and cholesterol, it causes very serious health problems. The obesity of their population is 75 percent. Even though it is so bad for you, they still continue to eat it. It is looked upon as a delicacy. Before World War Two, it was a novelty to be able to eat turkey, so when they did they ate all of it, the Samoans saw this as a business opportunity, as it was becoming more normal to throw the tail away.

With organic versus normal turkey, the difference is that organic doesn’t have any flavor injections. The turkeys have been raised without any hormones or additives and get to be free range and eat what they were intended to eat. Getting an organic turkey or normal turkey gives no difference in whether or not the turkey will come with the tail. It is just a butcher and economic norm that has shaped the world to what it is now. But if you are in search of a new food or adventure, maybe consider turkey tails–it might just be the next American food.