Lucas Gerbsch: The World of Esports 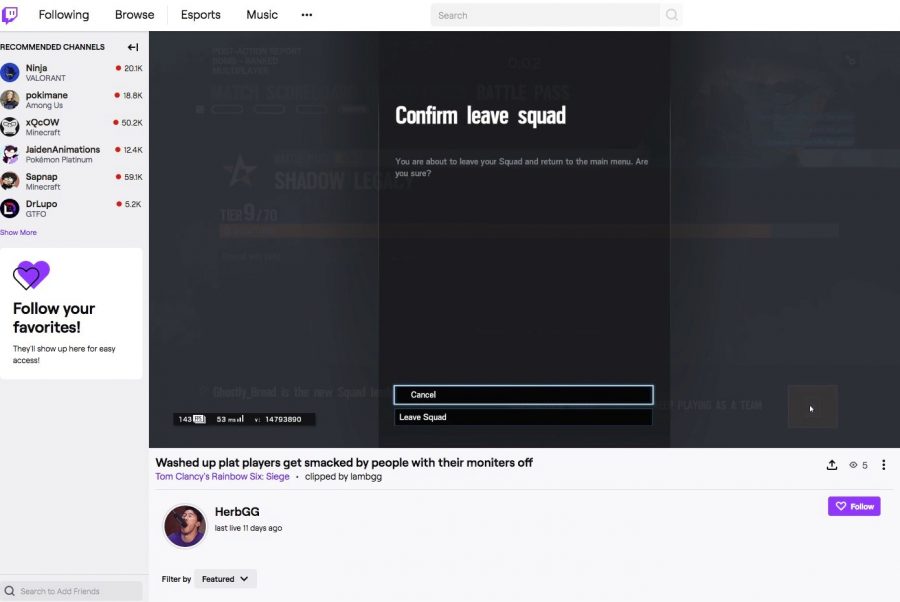 Competitive gaming has been around for decades, but in the past few years, esports have absolutely blown up in exponential proportions. With esports becoming more respected and popularized, they have been spreading all over. The past few years have seen competitive gaming reach new heights, with the sport going all the way to not-so-likely places, like Brownsburg. Lucas Gerbsch, a junior at BHS, has been competing in esports for a little while now. They have become a big part in his life.

“Video games are more of a relaxation thing for me where I’m really competitive and I love to compete, but I also don’t want to oversaturate it where I get burnt out,” Gerbsch said. “I’ve been thinking about trying out for a college team at whatever university I go to, ideally Purdue, if they have one. It’s going to be even more competitive, and as I said before, I also don’t want to get burnt out because I’m constantly competing.”

For Gerbsch, esports are more for fun than serious competition.

“I’ve done most of it with online friends. We do it more for fun and just generally to get better,” he said. “I think people typically expect a super formal approach to it, but as for my team, we just play together a lot and do some aim training before we go in. Most of us playing together is just having fun. Part of the reason we work so well together is because of the time we share. We learn what annoys each other and what works well and then put it all together before tournaments.”

Gerbsch goes on to state his favorite aspect of esports: “I think the excitement it builds is great. After winning a series or clutching a round, everybody gets hyped.”

Moving forward, Gerbsch is trying to bring this excitement to BHS with a high school esports team. With the help of Angel Esquivel Vazquez (junior) and many teammates, Gerbsch thinks that it is quite realistic to have a team in the future.

With video games reaching more and more people, esports have become an unstoppable hype train that shows no signs of slowing soon. Lucas Gerbsch embraces this. The best summary of his experience with esports can be found in his own quote:  “It brings people and teams closer. You win together, lose together, learn together, and most importantly, enjoy the time together.”