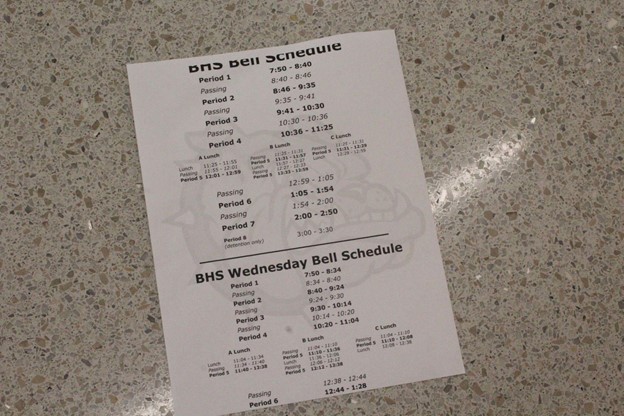 Lunch is only a half hour. That half hour includes the time to get to the cafe, make it through the line, grab your food, check out and eat (and socialize).

Personally, and I timed this, it took five minutes of my lunch to walk from Cybersecurity to the Senior Academy cafe, grab my food, grab a fork and sit down. That is one sixth of my lunch time used to get to the point that I can sit down and eat and chill before my next class. And that is a time estimate for seniors who have a separate, smaller but faster cafeteria. I asked a few seniors how long it took them and it can be very quick if they have a class in the senior academy. But I have observed that it can take about seven minutes if they come from the other side of the building.

Last year, when I had lunch in the main cafeteria, it took a while to get through the line. If I wasn’t there in the first minute, I would lose about half of lunch time before I sat down. If I was there in the first minute, it was very quick and took about five minutes. I asked some underclassmen how long it took them to get lunch and their responses were around five minutes, but one student said his time was based on him bringing his lunch and therefore not going through the line, and another said his time was fast because he walks very fast. So hopefully no student has to spend half of their lunch in line before they can sit down and eat.

For students, lunch is supposed to be a chill time to eat and also relax after the four to five classes that they had beforehand. Senior Chase Garman mentioned how if students got more time to socialize during lunch, they wouldn’t have as much of a need to socialize during passing periods. 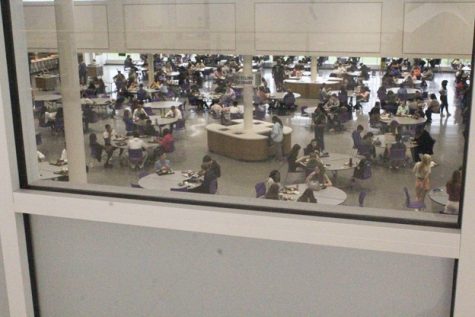 The students that I asked said that lunch should be around forty to forty-five minutes instead of the current thirty that they currently get. Then I asked them how they would be able to make that time because the only scenario without tradeoffs for all seven classes would be to extend school by a half an hour. One of the ways would be to shorten classes by a couple minutes. Passing periods could also be made shorter but not be heavy with tardies for students.

Another solution I asked about is an entirely different schedule itself, by looking at Avon High School’s schedule where they have four to five classes per day with a different schedule per day, having each of their seven classes three times a week. This would allow a span of about two hours that can be split into three lunches instead of the four that Avon has and get forty minutes for lunch without passing periods to or from class, but that extra time can be absorbed into the longer lunch class period. One benefit of not having each class every day is that it can lead students to be more productive with having more time between that class.