What’s the hype around Wordle?

Wordle, the game that took the world by S.T.O.R.M.

Wordle, a game that everyone knows and has most likely played. The objective is to guess a five-letter word within six guesses or less. The game first came out back in October of 2021 with only a couple of daily players. Since the initial launch, Wordle has gained over 300,000 daily players. Because of the rising popularity, a well-known newspaper company, The New York Times, bought the game back in early January of 2022.

There have been hundreds of games like Wordle made since it first came out. Some of these games follow the same pattern Wordle does, while others follow a completely different system.

“I play different types of Wordles, one being Flagle. It’s where you guess a countries flag within six guesses,” sophomore Jamison Stone commented.

With over 2,500 words to guess, new words are constantly being guessed and discovered. The most used words according to newsobserver.com are ADIEU, AUDIO, SOARE and ARISE. 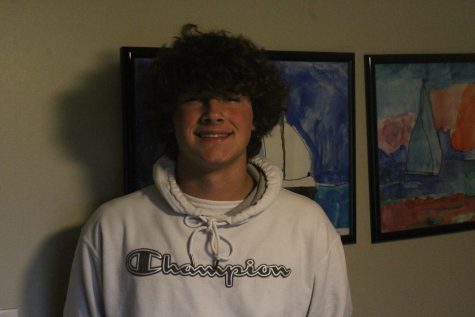 “I usually start with AROSE as my first guess,” senior Jadyn Skaggs said.

At times, the game can become very repetitive or even frustrating. However, there are those times when the games feel very easy and rewarding to play.

“When I play Wordle and get a word right, I get excited because sometimes they are words that I have never heard of before. I think it’s fun. I’m able to expand my vocab because of it,” senior Rayna McCluskey added.

With the large word list Wordle runs off, there are times when the word seems nearly impossible to guess. But with strategic guessing and some luck, any word is solvable.

“Most of the time, it takes me till the sixth guess to get the word,” sophomore Jaret Stone said.